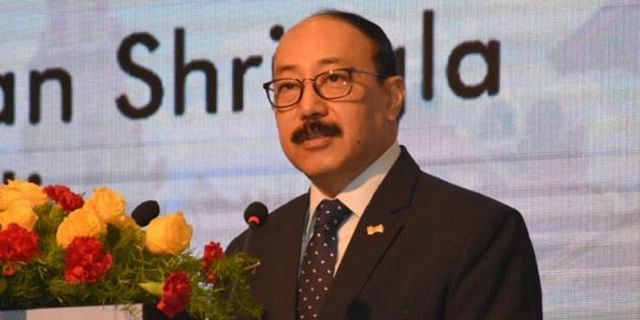 India will be looking for promises on consistent and predictable climate finance as it goes in with “full commitment” to the UK-hosted COP26 climate summit in Glasgow, according to Foreign Secretary Harsh Vardhan Shringla.

Speaking just as the government confirmed that Prime Minister Narendra Modi will be attending the summit scheduled between October 31 and November 12, the Foreign Secretary highlighted India’s climate action in meeting its Nationally Determined Contributions (NDCs) related to the United Nations agreement.

“We are perhaps the only G20 country to have fulfilled our NDCs and outperformed them,” said Shringla, addressing the India Global Forum in London virtually from New Delhi on Thursday.

“Our Prime Minister has said that India will not only meet its targets but exceed them. And, he has spoken to Prime Minister Boris Johnson. We intend to go in with a strong message, with full commitment to COP26,” he said.

“In order to meet these ambitious targets, developing countries will need access to climate financing, green technology. We need more than commitments, we need promises – predictable and consistent financing,” he said.

The Foreign Secretary went on to elaborate on India’s move away from fossil fuels towards renewable sources of energy, especially solar power.

“Since 2017, we have had more renewable energy in the energy mix in India than fossil fuels,” said Shringla.

“In the last six years, we have increased our renewable energy capacity by two and half times and solar energy has increased 13 times. We have announced a hydrogen energy mission which will generate energy from green sources,” he said.

The United Nations Climate Change Conference in Glasgow, dubbed COP26, will be hosted by British Prime Minister Boris Johnson, who will welcome leaders including Modi and US President Joe Biden for the World Leaders’ Summit scheduled for November 1 and 2 for the start of the negotiations.

It will be followed by a series of sessions across different areas such as Energy, Finance and Transport, to be attended by ministers and officials from different countries and steered by UK Minister for COP26 Alok Sharma.