Qualitative improvement in bilateral ties between India and US: American diplomat Atul Keshap 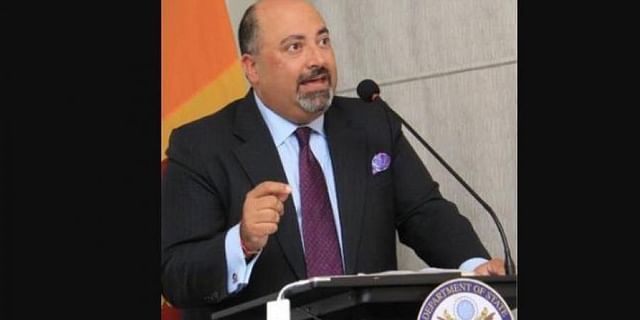 There has been a qualitative improvement in the relationship between the US and India, a top American diplomat has said, lauding the contributions of the Indian-American community to make the bilateral ties as strong as they are now.

Atul Keshap, 50, a career United States Foreign Service Officer, was addressing the Indian-American community during an event hosted by Indiaspora on Wednesday after his recent return from New Delhi where he served as US’ interim Chargé d’affaires.

“In my 70 days in Delhi, what I noticed was a qualitative improvement in the bilateral relationship between the United States and India,” the Indian-American diplomat said.

Keshap recalled that when he first served in India from 2005 to 2008, they were still trying to convince the Indian people about the value of a strategic partnership between the United States and India.

The event was attended by who’s who of the Indian-American community.

Eminent members of the Indian-American community had gathered for the first time here after COVID-19 pandemic hit the country.

“Everybody here has worked to make this relationship as strong as it is now. Everybody here has contributed their ideas, their talent, their energy. And I feel like we have all kinds of new heights that we can now attain,” he said.

The level of trust and confidence, respect indeed even love between the two countries truly is at an all-time high, he said.

“It is reflected in the love and the energy of everybody in this room. I had a wonderful 70 days in Delhi. I think the embassy complained that I did a year of work in 70 days. I regret nothing. I had a great time,” Keshap said.

During his short stint in New Delhi, he said, he met with as many Indians as he could.

“What a contrast between 2005, when I first got there as an American embassy officer to now, the amount of goodwill among Indians toward the United States is through the roof,” he said.

One of the greatest things the embassy did this summer was issue 60,000 student visas to Indian students to come to the United States.

“Our counsellor teams worked night and day with all of the restrictions of the pandemic to make sure that all of those kids could come to America because that consular section … does more to build the US-India people-to-people relationship than any of us,” he said.

Keshap said when he moved to Charlottesville, Virginia, after his father retired from the United Nations, there was only one other Indian family in that town that he knew.

Now there must be hundreds of Indian families in Charlottesville, Virginia.

“When I joined the state department in 1994, I think there were only two other Indian-American foreign service officers. And now I can tell you there are hundreds of Indian-American foreign service officers. In the embassy in Delhi which I was privileged to lead this summer, not only the charged affairs, but the director of the USAID mission, the health attach in charge of HHS and CDC and everybody doing all the health diplomacy with India, the legal attache, and many others besides were Indian-Americans leading their sections of the embassy,” he said.

“Friends. I don’t need to tell you how much the Indian community has succeeded in the United States. How we have worked to contribute to the greatness of this amazing country,” Keshap said.

“India is not a map but an emotion”-Rahul Gandhi

Decision on Bharat Biotech’s Covaxin EUL in October : WHO