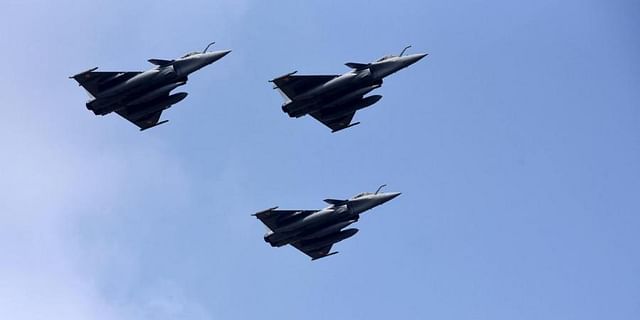 Aerospace major Dassault Aviation is expected to deliver all 36 Rafale jets well before the schedule despite lockdown for a few days to contain the spread of COVID-19 in France, French Ambassador to India Emmanuel Lenain said on Friday.

Speaking on the sidelines of the fourth edition of Indo-French Investment Conclave here, organised by the Indo-French Chamber of Commerce & Industry (IFCCI), Lenain said firms belonging to the European country have invested over 10 Billion Euros in India providing employment to 2.50 lakh Indians.

“It ( delivery of aircraft) will be ahead of the schedule. We are very proud of that. In spite of Covid it has not been disturbed at all on the contrary,” the envoy said.

India had signed an inter-governmental agreement with France in September 2016 for the procurement of 36 Rafale fighter jets at a cost of around Rs 58,000 crore.

The first batch of five Rafale jets arrived in India on July 29 last year “The factory producing Rafale was closed (during lockdown). We had a commitment to India. After the lockdown teams worked extra shifts working nights and weekends to make sure that these planes were delivered on time. And so right now Dassault has delivered to India 29 and 26 have already been ferried to India,” he said.

Describing the recent developments in Afghanistan as “worrying” , the Ambassador said some of the countries including France have asked the Taliban regime to allow free flow of humanitarian assistance to the beleaguered country besides not to provide shelter for terrorists.

“Today they have not fulfilled any and that is deeply worrying. They can’t ask us any form of recognition until they fulfilled some of these commitments,” he further said.

On the Indo-French trade, the Ambassador said the trade volumes are not big as most of the companies from his country prefer investing in India rather than exporting.

“We are doing local investment a lot. So far French companies have invested more than 10 Billion Euros in India and it is going very fast and they are employing 250,000 Indians,” he explained.

India’s exports to France were valued at 4.80 billion euros, down by 22.9 per cent during this period.

Indian imports from France also decreased by 20.95 per cent to 4.23 billion euros, according to Indian official figures.

IPL 2021: Mumbai sign off from the tournament with a 42-run win against SRH