Rahul Dravid to take over as head coach of Indian team! 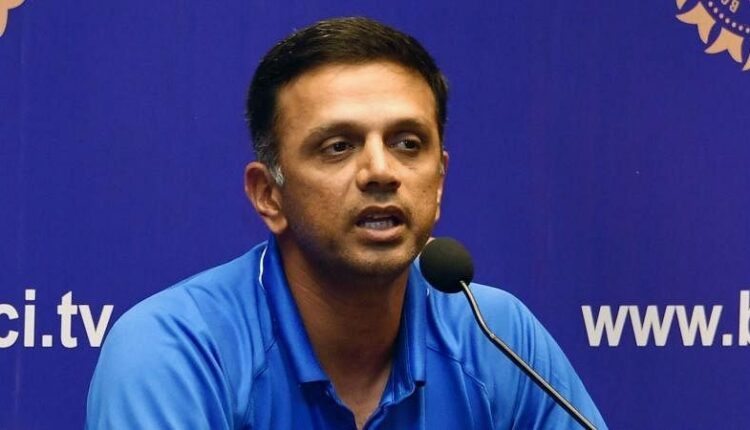 In a major coup, the Board of Control for Cricket in India (BCCI) has managed to convince Rahul Dravid to take over as head coach of the Indian men’s team. It is understood that despite saying no to the job earlier, the board officials including president Sourav Ganguly and secretary Jay Shah had met Dravid in Dubai on Saturday and following long negotiations, the former India captain eventually agreed for a two-year deal.

Ever since it became certain that current head coach Ravi Shastri won’t continue in his role post the World Cup, the BCCI has been trying to get Dravid on board. However, Dravid had been firm in his decision and citing the young family, has preferred to continue in his role as head of cricket at the National Cricket Academy in Bengaluru.

In August, when the BCCI advertised for the same role after Dravid’s contract had ended, all eyes were on the 48-year-old as to whether he will apply or not. And when Dravid re-applied, it was the first definite confirmation that he was not showing interest to replace Shastri.

Which is why the BCCI subsequently turned it’s eyes on Anil Kumble too. And the other candidates in BCCI’s wishlist turning down the offer, the board was forced to look at Dravid again.

According to an official who was privy to the meeting, the BCCI seems to have informed him that it plans to have a new person to take over Dravid’s role at the NCA at a lesser salary and it will be only be apt that he takes over the senior men’s team.

The BCCI has been keen on Dravid is no secret as he has been managing the junior and A team set up since 2015 and has been credited for creating a strong bench strength. With the Indian team set to enter transition mode, Dravid is being seen as the ideal candidate thanks to his familiarity of the next generation players.

“He has put a method in place and someone else can take it over from here. Dravid can always keep an eye on it even if he becomes the head coach. We haven’t still decided on his exact role and if need be, he would be made overall incharge of men’s cricket, under whose umbrella both senior and junior men’s cricket will come under. We need to hear his inputs too because handling the senior team and others is not easy too,” the board official said.

It is learnt that Dravid has sought time, but board officials insist that he won’t make a U-turn once the BCCI formally puts out an ad. At the men’s team Dravid will also have Paras Mhambrey, who has been working alongside him in India A and India Under-19 teams as bowling coach since 2015.