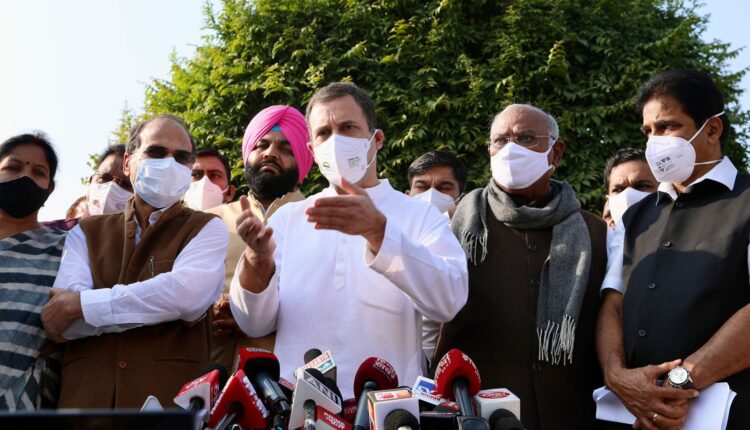 News Delhi : Congress leader Rahul Gandhi on Monday said that the repealing of the three farm laws without debate shows that the government is “terrified” of having a discussion and somewhere they know that they have done something wrong.

After parliament passed ‘The Farm Laws Repeal Bill’ to repeal the three controversial agriculture laws against which farmers have been protesting for over an year. Gandhi told reporters that his party had predicted that the government will have to take it back.  Gandhi said, “power of three-four crony capitalists cannot withstand the strength of farmers and labourers”.

He also mentioned that the “repeal of the farm laws is a success of farmers and also of the country”.

With Congress leader Rahul Gandhi leading from the front poll pundits are hinting at Congress gaining grounds in the poll bound states. This is being looked at a huge embarassment to Modi government.