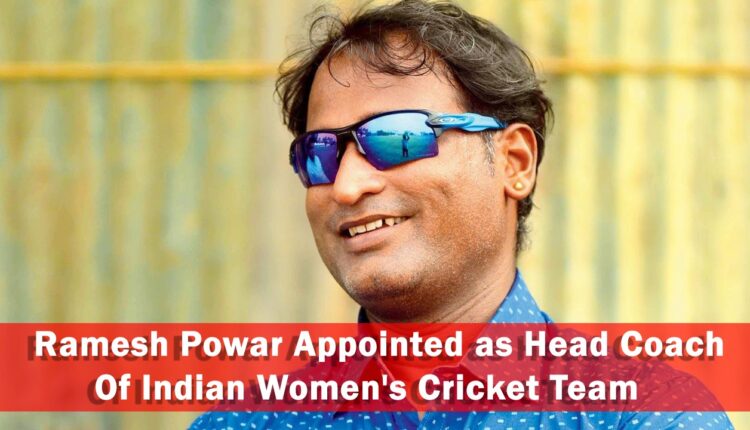 As per sources, Powar got the charge of Chief in replace of former Indian Cricketer, WV Raman. However, the Board of Control for Cricket in India BCCI received over 35 applications for the post.

On career point of view, After playing two test matches and 31 ODI’s for India, Ramesh attended BCCI’s National Cricket Academy (NCA) level 2 coaching couch. Being certified as a coach he served as a coach for Indian woman’s team during the year 2018 from the month July to November. At that time Indian Women’s team qualified for the semi-final of ICC T20 World Cup and also won the matches in a row. Recently, he coached the Mumbai Senior Men’s team that won Vijay Hazare Trophy.

APPLE technique to deal with anxiety and worry

Permission granted for home delivery of liquor during lockdown in Odisha