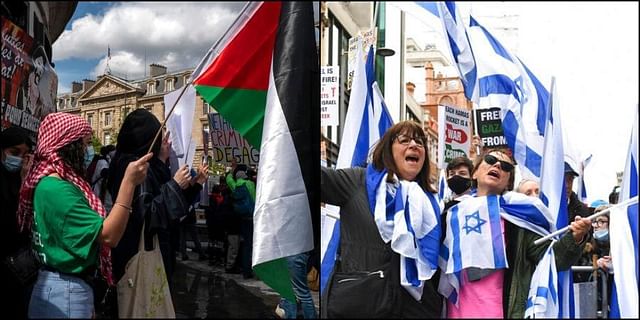 The recent “high-level” interactions between Israel and Palestine provide a “window of opportunity” for the resumption of direct negotiations between the two sides, India has said, stressing that the UN Security Council and the international community must use this opportunity to make renewed efforts to kick-start the peace talks.

Palestinian Authority President Mahmoud Abbas and Israeli Defence Minister Benny Gantz had met on August 30, the first meeting between both sides in years.

“The recent high-level interactions between Israel, Palestine and key regional states provide a window of opportunity for the resumption of direct negotiations between Israel and Palestine,” Joint Secretary (UN Political) in the Ministry of External Affairs Prakash Gupta said.

Speaking at the Security Council briefing on the Middle East on Wednesday, Gupta stressed that the Council, the international community and the Middle East Quartet, in particular, should use this opportunity to make renewed efforts to kick-start these negotiations “as they provide the best platform” to resolve all final status issues and achieve a two-state solution.

Gupta said India has also “noted” the outreach efforts made between the Israeli government and the Palestinian Authority, as well as the announcements made by Israel to alleviate the socio-economic conditions in the West Bank.

The planned 500 million shekels (USD 155 million) loan to the Palestinian Authority, additional building permits for construction of Palestinian homes in Area C of the West Bank, increased work permits for Palestinians to travel to Israel for employment “are all steps in the right direction,” Gupta said.

India expressed hope that these measures would provide an impetus for further strengthening of economic and administrative relationships between Israel and the Palestinian Authority.

Tor Wennesland, the Special Coordinator for the Middle East Peace Process, in his briefing to the Security Council also welcomed the recent high-level contacts between Israeli and Palestinian officials and steps by the Israeli Government to ease the economic pressure on the Palestinian Authority and encourage their further expansion.

“I encourage both Parties to take urgent steps that are necessary to stabilize the Palestinian economy and strengthen Palestinian institutions.

” He urged Israelis, Palestinians, regional States and the broader international community to take practical steps that will enable the “parties to re-engage on the path to peace.

” Wennesland told Council members that Gaza requires political solutions that will see a focus on working towards advancing intra-Palestinian unity, lifting the debilitating closures in Gaza, and, ultimately, returning to a peace process that will end the occupation and create a viable two-State solution.

Gupta told the Council that India has always placed great emphasis on the socio-economic development of the Palestinian people and the strengthening of their national institutions.

“Our development partnership with Palestine is geared towards these objectives. Access to stabilized and enhanced revenues by the Palestinian Authority is a necessary precondition for Palestinian socio-economic development and institution building,” he said.

On this, New Delhi supports dialogue between Israel and Palestinian Authority to resolve outstanding issues related to the transfer of tax revenues, Gupta said.

He pointed out that the “regular and predictable” entry of construction material will facilitate the early reconstruction of Gaza.

“It is also important that the international donor community supports the reconstruction of Gaza through the Palestinian Authority.

The commencement of cash assistance transfer to vulnerable Palestinian families in Gaza through the UN is an important development, as it would provide much-needed relief to these families.

” India calls for the timely transfer of aid and other essential items to Gaza to ease the humanitarian situation and facilitate early reconstruction, as well as for appropriate use of such aid.

Gupta reaffirmed India’s unwavering commitment to the peaceful resolution of the Palestinian issue.

“India strongly supports a negotiated two-state solution, leading to the establishment of a sovereign, independent and viable state of Palestine, living within secure and recognised borders, side by side at peace with Israel, taking into account legitimate security concerns of all concerned parties.

” He underlined that India has consistently called for direct peace negotiations between Israel and Palestine, based on the internationally agreed framework to achieve the ultimate goal of a two-state solution.

Wennesland was presenting his briefing on the implementation of Security Council resolution 2334 (2016), covering the period from June 12 to September 27.

Gupta noted that Resolution 2334 adopted by the Security Council calls for advancing the two-state solution through negotiations, as well as for reversing the negative trends on the ground.

It also calls for preventing all acts of violence against civilians, including acts of terror and for both parties to refrain from provocative acts and unilateral measures.

With the resolution further emphasizing the need for creating conditions for peace negotiations for advancing the two-state solution, Gupta said India appreciates the regional and international efforts, including under the auspices of the Middle East Quartet towards de-escalation and for resuming these direct negotiations.