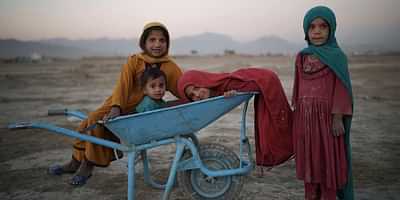 Human rights and refugee groups appealed Thursday to the European Union to step up its help for people trying to flee Afghanistan, accusing the bloc of failing to do enough to assist those living in fear of Taliban rule.

More than 100,000 people were airlifted out of Kabul in a chaotic exodus late last month after President Joe Biden announced that U.S. troops would withdraw, and the Taliban seized control of strife-torn Afghanistan in just a few weeks. Thousands more Afghans want to leave.

“The EU should be sharing, rather than shirking, the responsibility to offer them protection,” the 24 non-governmental organizations, including Amnesty International, Caritas Europa, the International Rescue Committee, Oxfam, and the Red Cross, said in a statement.