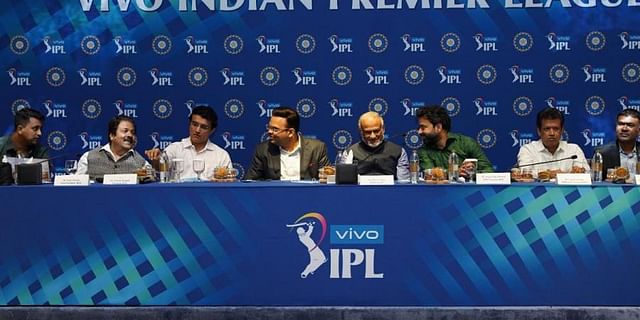 For a club that was founded in the 19th century, and part of a brand that is renowned worldwide, it was every bit worth their penny. On Monday, as the Board of Control for Cricket in India (BCCI) opened the bids to welcome two new teams in the Indian Premier League (IPL), it turned all the eyes on them.

And at the end of a long-day, the 14-year-old league now has two teams from Lucknow and Ahmedabad that cost Rs 7,090 crores and Rs 5,625 crores which is costlier than some of the leading Premier League clubs.

Not just the winning bids, the fierce competition from bidders in itself showed how much the league has grown. Despite controversies that it has run into and sponsors terminating deals mid-way for varied reasons, it has shown right through that it is here to stay.

And the belief in the brand IPL was evident from the moment several parties from around the globe showed interest in buying one of the two teams. From Manchester United owners, the Glazers, to Adanis from India, the demand to be part of the league was huge.

Hence, it ensured the price was always going to sky-rocket. In the end, RPSG Ventures Ltd, owned by Sanjeev Goenka, alone made bids of Rs 7090 crores to own Ahmedabad and Lucknow. Those were the highest bids on the table. The next highest bid came from the Irelia Company Pte Ltd.

CVC Capital Partners, a private equity firm headquartered in Luxembourg, tabled Rs 5,625 crores. With RPSG opting to pick Lucknow as their home, CVC ended up with Ahmedabad and both teams will be on field from the 2022 season.

It will be a 10-team league, with a total of 74 scheduled matches. It will see each team play seven matches at home and as many away. According to industry sources, the numbers may not be a reflection of the current market price, but one where it is expected to grow in the coming years.

However, the fact that interested parties were willing to spend more than what even the BCCI expected said a story or two. Out of the nine parties, whose bids were opened after technical evaluation process, the lowest tabled was by Lancer Capital (Rs 4,128 crores). The company’s principal is Avram Glazer.

“It is definitely a sum that nobody expected. It is almost 250 per cent more than the base price, which shows the potential of the league,” said Santosh N, the managing partner of D and P Advisory, who has been studying the brand IPL model over the years.

“Whenever there is a demand for an asset and a demand-supply mismatch, crazy numbers could come up. For assets that are there for limited supply, there will be over pricing because you don’t get an entry whenever you want. These could go for a premium. BCCI took 14 years to increase 8 teams to 10, and they will take much longer to increase from 10-12, so from that perspective, this was the best chance. If they paid 20-30 per cent more than the premium it is acceptable,” he added.

While the league has definitely evolved into a global one, the question that invariably crops up is when these teams will break-even. Among the current ones, plenty of teams took around six-seven years to break even and a couple took around nine years.

Crucially, the broadcast deal is up for re-negotiation and they expect it to be sold for around Rs 36,000 crore  (twice of what it is now) and it could help the two new teams. “The kitty is increasing, but it is also going to be shared with all the teams. Plus these are long-term investments. Unless the number of matches increase, it will be difficult. The broadcast deal and the title sponsorship deals are the ones that these teams will be banking on for the initial few years,” he said.