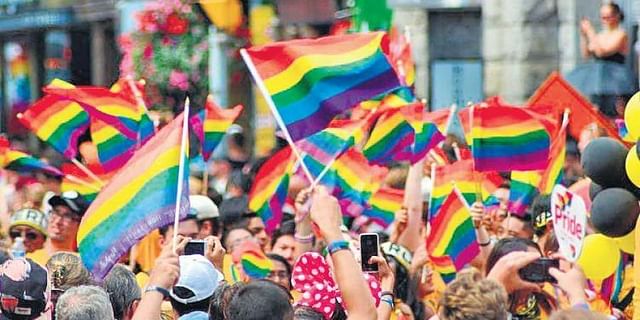 A bench of Chief Justice D N Patel and Justice Jyoti Singh granted time to the parties for filing replies and rejoinders in the matter and listed it for final hearing on November 30.

In the first petition, Abhijit Iyer Mitra and three others have contended that same-sex marriages are not possible despite the Supreme Court’s decriminalising consensual homosexual acts and sought a declaration to recognise them under the Hindu Marriage Act (HMA) and Special Marriage Act (SMA).

The two other pleas are — one filed by two women seeking to get married under the SMA and challenging provisions of the statute to the extent that it does not provide for same-sex marriages, and the other filed by two men who got married in the US but were denied registration of their marriage under the Foreign Marriage Act (FMA).

Another petition seeks to allow a foreign-origin spouse of an Overseas Citizen of India cardholder to apply for OCI registration regardless of gender or sexual orientation.

The petitioners are a married same-sex couple — Joydeep Sengupta, an OCI, and Russell Blaine Stephens, a US citizen — and Mario Dpenha, an Indian citizen and a queer rights academic and activist pursuing a PhD at Rutgers University, USA.

During the hearing, advocate Karuna Nandy, appearing for the couple, said they got married in New York and the law applicable in their case are the Citizenship Act, the FMA and the SMA.

She further submitted that the Citizenship Act is silent on gender and sexuality of the spouse and it provides that a person married to an overseas citizen of India whose marriage is registered and subsisting for two years should be declared eligible to apply as a spouse for an OCI card.

Nandy pointed out that the government has not yet filed a reply to her petition.

Solicitor General Tushar Mehta, representing the Centre, argued that a ‘spouse’ means either husband or wife and ‘marriage’ is a term associated with heterosexual couples and there was no need to file a specific reply regarding the Citizenship Act.

“The law as it stands. Personal laws are settled and marriage which is contemplated to be is between biological man and biological woman,” he said, adding that there is some misconception of petitioners regarding the Supreme Court’s verdict decriminalising consensual homosexual act.

“The issue here is whether marriage is permissible between homosexual couples. Your lordships have to see that. There is some misconception regarding Navtej Singh Johar case. It merely decriminalises consensual homosexual act. It does not talk about marriage,” Mehta contended.

To this, senior advocate Saurabh Kirpal, representing one of the petitioners, said while the apex court matter does not expressly allow same-sex marriage, the inevitable implication in the Constitutional matter favours recognising it and that this is how Constitutional jurisprudence works.

The petition filed by equal rights activists Mitra, Gopi Shankar M, Giti Thadani and G Oorvasi contended that homosexual sex has been decriminalised by the apex court but same-sex marriages are still not being allowed under the provisions of the HMA.

“In this view of the matter, it can be stated that it is against the constitutional mandate of non-arbitrariness if the said right is not extended to homosexual apart from heterosexual couples,” said the petition, filed through Raghav Awasthi and Mukesh Sharma.

The two women, who were represented by senior advocate Maneka Guruswamy and lawyers Arundhati Katju, Govind Manoharan and Surabhi Dhar, have said in their plea that they have been living together as a couple for 8 years, in love with each other sharing the highs and lows of life, but unable marry as they are a same sex couple.

The women, aged 47 years and 36 years, have contended that not being allowed to get married has denied them several rights — owning a house, opening a bank account, family life insurance — which opposite-sex couples take for granted.

The two men, also represented by the same set of lawyers, were married in the United States, but their marriage was not registered under the FMA by the Indian consulate as they were a same sex couple.

The couple, who were in a relationship since 2012 and got married in 2017, have also claimed that during the COVID-19 pandemic, non recognition of their marriage by the laws here continues to disentitle them to travel as a married couple to India.

Central government has opposed same-sex marriage on the ground that marriage in India is not just a union of two individuals but an institution between biological man and woman.

It also said that judicial interference will cause “complete havoc with the delicate balance of personal laws”.

Any interpretation other than treating a husband as a biological man and a wife as a biological woman will make all statutory provisions unworkable, it said, adding that marriage is essentially a socially recognized union of two individuals which is governed either by uncodified personal laws or codified statutory laws.