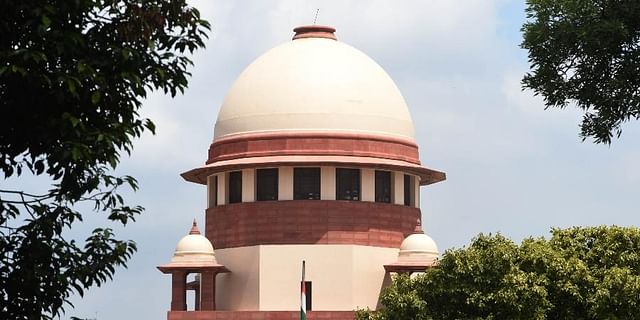 The Supreme Court has directed the Delhi High Court to decide the applicability of the Right to Information (RTI) Act to intelligence and security organisations of the government while setting aside its order directing a department to furnish information to an employee on seniority and promotions.

A bench of Justices M R Shah and A S Bopanna said the high court passed the directions without deciding the objection of the government department that the RTI Act was not applicable to it.

“It is the specific case on behalf of the Department that the RTI Act was not applicable to the organisation/department. Despite the above and without deciding such an objection, the high court has directed the appellant to furnish the documents sought under the RTI Act without deciding the applicability of the RTI Act. That will be putting the cart before the horse,” the bench said.

The apex court said the high court ought to have decided the issue with respect to the applicability of the RTI Act to the organisation or department first.

“We direct the high court to first decide the issue with respect to the applicability of the RTI Act to the appellant organisation/department and thereafter decide the stay application/LPA. The aforesaid exercise shall be completed within a period of eight weeks,” the bench said in its recent order.

The top court was hearing an appeal filed by the Centre against the 2018 decision of the high court which directed the department to provide information to the employee within 15 days.

The counsel appearing on behalf of the Centre had told the high court that the Department from which information was sought is exempted as per Section 24(1) of the RTI Act, 2005.

Therefore, the order of the CIC is illegal and contradictory to the provisions of Section 24 of the RTI Act.

Section 24 of the RTI Act exempts certain intelligence and security organisations from the ambit of the transparency law except for information “pertaining to allegations of corruption and human rights violations”.

The high court had said that since the employee was facing prejudices regarding seniority, he sought information mentioned above and that the information neither hampers with intelligence nor security nor secrecy of the petitioner organisation.

“Though the petitioner organisation is kept away from RTI Act, but that is not regarding the information to its employee, if any of his rights have been denied. The information sought by the respondent from the petitioner does not come under Section 24 of the Act,” the high court had said.