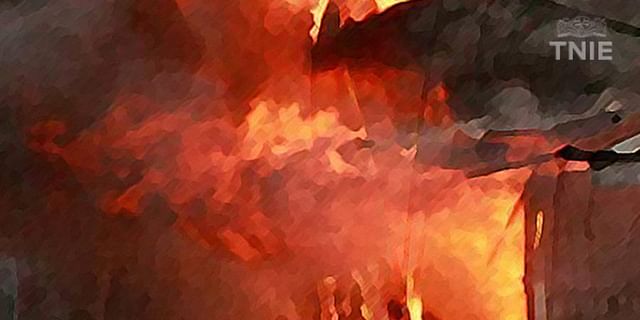 Some 40 seized vehicles parked within the premises of a police station in Gujarat’s Kheda district were gutted in a massive fire, an official said on Sunday.

The blaze may have been started by firecrackers and was aided by four to five barrels of chemicals seized in an oil theft case, leaving 30 to 40 vehicles, including 25 four-wheelers, three autorickshaws and some two-wheelers fully burnt, said Ahmedabad Range Inspector General of Police V Chandrashekhar.

“The incident occurred at around 11 pm on Friday. Preliminary findings suggest the blaze was caused by firecrackers, and four to five chemical barrels aided it. The exact number of vehicles damaged is being determined,” he added.

A probe has begun under a forensic team to determine the cause of the fire, which took almost two hours to bring under control after seven fire tenders were deployed, a Kheda town police station official said.

Rainfall in October highest in the month in last 120 years: IMD