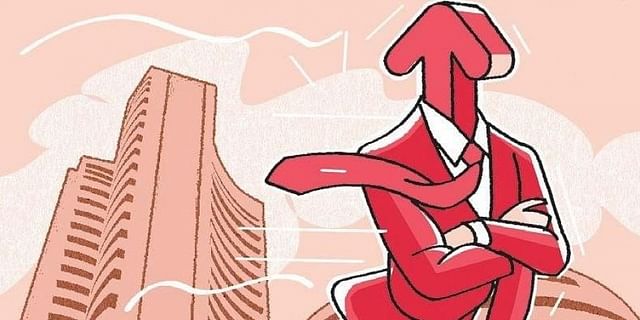 Equity benchmark Sensex rallied over 350 points to hit the 60,000-mark for the first time in opening trade on Friday, led by strong gains in index majors Infosys, HDFC Bank and TCS.

The Sensex has climbed from the 30,000 level to 60,000 in little over six years, reflecting the overall bullishness in the market.

Infosys was the top gainer in the Sensex pack, rising over 2 per cent, followed by L&T, HCL Tech, Asian Paints, TCS, Tech Mahindra and HDFC Bank.

On the other hand, NTPC, HUL, Bajaj Finance and Bajaj Finserv were among the laggards.

Foreign Institutional Investors (FIIs) were net buyers in the capital market as they purchased shares worth Rs 357.93 crore on Thursday, as per provisional exchange data.

“Sensex has hit the 60,000-mark today. Reaching this milestone is quite an achievement in these COVID times and a shot in the arm for bulls that are in total control of this market,” said V K Vijayakumar, Chief Investment Strategist at Geojit Financial Services.

The outperformance of India during September so far is stunning with MSCI World Index down 2.13 per cent and Nifty up by 4.03 per cent, he said, adding that the poor performance of the Shanghai Composite due to regulatory crackdown and the China Plus One policy have again made India an attractive investment destination for FIIs.

Elsewhere in Asia, bourses in Shanghai, Seoul and Hong Kong were trading with losses in mid-session deals, while Tokyo was positive.

US equities ended with gains in the overnight session.