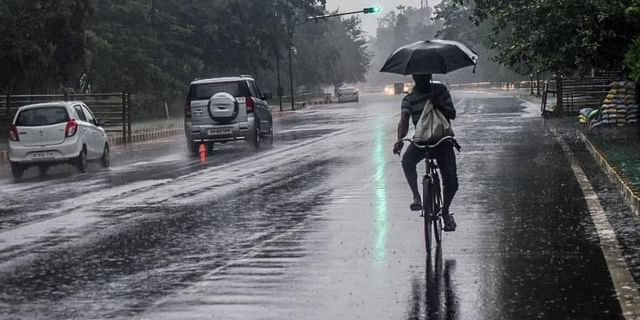 The southwest monsoon withdrew from the entire country on Monday, making it the seventh-most delayed retreat since 1975, according to the India Meteorological Department (IMD).

“In view of a significant reduction in rainfall activity over most parts of the country, the southwest monsoon has withdrawn from the entire country today (October 25, 2021).

Simultaneously, with the setting in of northeasterly winds in the lower tropospheric levels, the northeast monsoon rain has commenced over extreme south peninsular India today,” the IMD said in a statement.

“The withdrawal of the southwest monsoon 2021 from the entire country is the seventh-most delayed withdrawal (on or after October 25) during 1975-2021,” it said.

The southwest monsoon started receding from west Rajasthan and adjoining Gujarat on October 6, making it the second-most delayed withdrawal since 1975.

The withdrawal of the southwest monsoon from northwest India usually begins from September 17.

The country received “normal” rainfall during the four-month southwest monsoon season from June to September.

This is for the third consecutive year that the country recorded rainfall in the normal or above normal category.

The rainfall over the country as a whole was 110 per cent in June, 93 and 76 per cent in July and August, respectively — the months that bring the maximum rains.

However, the shortfall of July and August was compensated in September which recorded rainfall 135 per cent of the LPA.

The southwest monsoon made its onset over Kerala on June 3, after a delay of two days.

It rapidly covered central, west, east, northeast and south India by June 15 It also covered many parts of north India, even Barmer and Jaisalmer — its last outposts — but the monsoon winds failed to reach Delhi, parts of Haryana and west Uttar Pradesh.

It then witnessed a lull.

The northeast monsoon, which brings rainfall to southern states from October to December, is likely to be normal, according to the IMD.