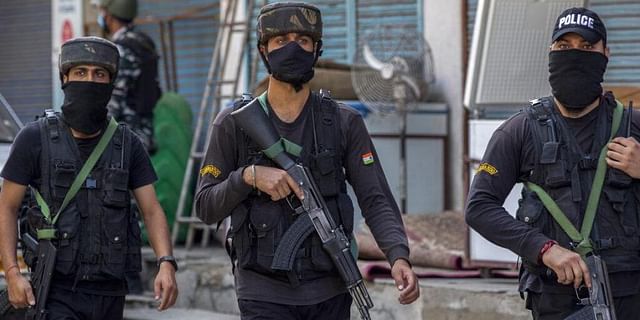 A State Investigation Agency has been constituted within the Jammu and Kashmir Police for speedy investigation and prosecution in terror-related cases as well as coordinating with central agencies, officials said on Tuesday.

The Jammu and Kashmir home department in an order issued on Monday said the State Investigation Agency (SIA), which will be headed by a director, will be mandated to probe terror offences like terror finance and false propaganda and those under the Unlawful Activities (Prevention) Act (UAPA).

The SIA will be coordinating with the National Investigation Agency (NIA) and other central agencies, and will take all measures, as may be necessary, for speedy and effective investigation and prosecution in terrorism-related cases, the order said.

The Counter Intelligence units of Kashmir and Jammu, both under the CID department of the police, will also be the police stations under the new SIA for registering of terror-related cases, it said.

The CID chief will be the ex-officio director of the SIA, the order said, adding a special incentive of 25 per cent of the basic pay shall be paid to the employees who are posted in the SIA.

According to the order, in-charge of police stations will mandatorily intimate the SIA immediately upon registering a terror-related case and about any such cases where any terrorism linkage surfaces during the probe.

If any case is not taken by the NIA, the director general of police (DGP), having regard to the gravity of the offence and progress of the probe, will determine in consultation with SIA whether it is fit to be investigated by the agency and transfer the probe, it said.

“However, if there is a difference of opinion, the DGP shall take a decision, while recording the reasons in writing,” the order said.

If the case is not handed over to the SIA and local police continue to probe it, the police headquarters will ensure that the SIA at regular intervals, preferably on fortnightly basis, is informed about the progress of investigation, it said.

Giving an edge to the SIA, the order said if the agency is of the opinion that an offence related to the scheduled crimes has been committed, it can register an FIR keeping the DGP informed.

Among other offences mentioned in the scheduled offences of the SIA are terrorism linked thefts and extortions, ATM and bank robbery cases, terrorism-linked weapon snatching and robbery cases and cases related to propaganda, creating false narrative, large scale incitement, spreading disaffection, enmity against the Indian union.