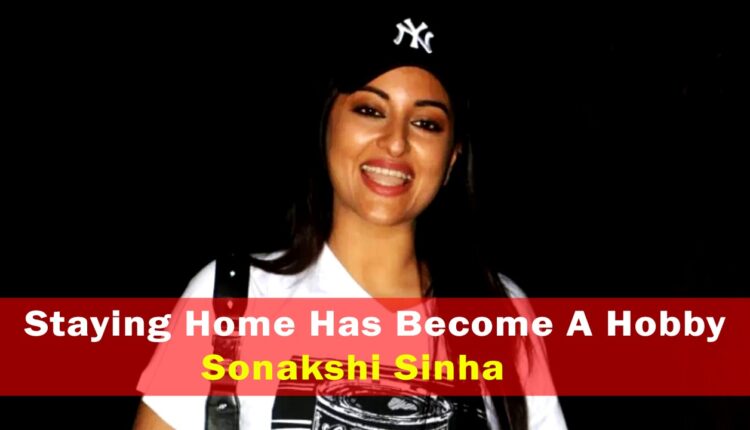 On Saturday while posting her picture on Instagram, Actress Sonakshi Sinha said “Reach that point where staying home has become a hobby. #coronabhagao #getvaccinated”.

On work point, the actress recently announced her upcoming project ‘Bulbul Tarang’, which will have an OTT release.

Sonakshi will also be seen in Bhuj: The Pride of India, co-starring Ajay Devgn, Sanjay Dutt and Nora Fatehi, and is gearing up for her web series debut in Fallen, which casts her as a cop.