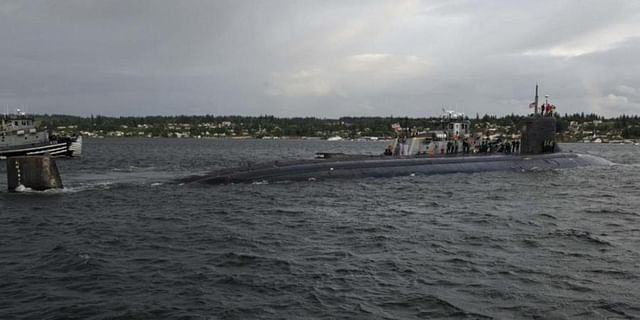 A US Navy nuclear submarine that was severely damaged in an accident while submerged in the South China Sea last month struck an uncharted underwater seamount, the Navy said Monday.

The US 7th Fleet, which operates in the western Pacific, said an investigation had concluded that the USS Connecticut smashed into a geological formation and not another vessel on October 2. “The investigation determined USS Connecticut grounded on an uncharted seamount while operating in international waters in the Indo-Pacific region,” a 7th Fleet spokesperson said in an emailed statement.

The conclusions of the probe have been handed over to Vice Admiral Karl Thomas, the commander of the US 7th Fleet, to “determine whether follow-on actions, including accountability, are appropriate,” they said.

The Navy confirmed the incident a week after it took place, only saying that the Connecticut, a nuclear-powered fast-attack submarine, “struck an object while submerged.” USNI News, published by the US Naval Institute, a thinktank close to the Navy, reported that there were some moderate and minor injuries in the accident.

It said the crash damaged the sub’s forward ballast tanks and forced it to sail on the surface for a week back to Guam for repairs. The publication said that the ship’s nuclear plant was not damaged.