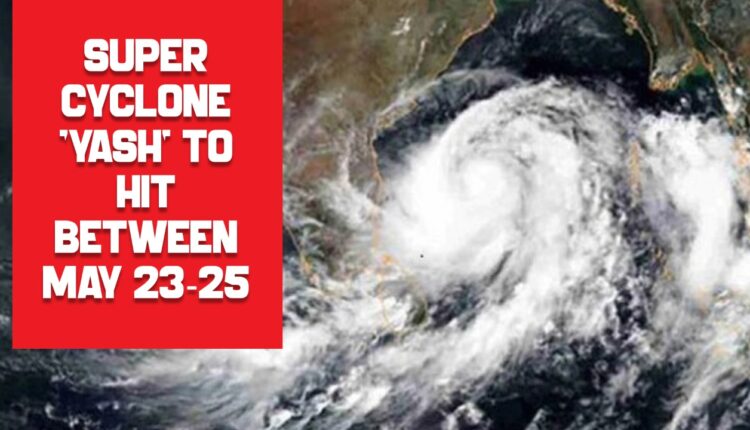 Meteorological Department has predicted that Super Cyclone ‘Yash’ is likely to landfall in Bengal between May 23 to May 25 and possibilities move towards Bangladesh.

Although the meteorological department is not sure about the direction and the speed of the wind but they predicted that a low depression has been formed in the East Central Bay and its adjoining areas and as it is increasing in strength every day it might take the shape of a ‘Super Cyclone’ before making landfall by the end of the week.

Weather scientists have predicted the formation of a cyclone storm in the Bay of Bengal around May 25.

Doorstep COVID Vaccination & Testing for Disabled and above 70 age groups