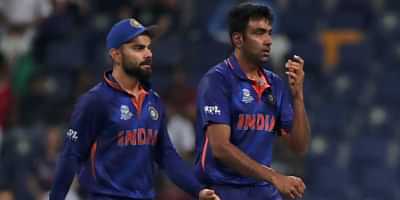 India off-spinner Ravichandran Ashwin on Thursday said that it takes a lot of effort to pick a wicket, and it is not something that can just happen during a cricket match.

India will next lock horns against Scotland at the Dubai International Stadium on Friday and the side would hope to register a comprehensive victory to further boost their net run rate in order to remain in the hunt for the qualification for semi-finals.

Earlier, there was some criticism from certain quarters on Ashwin’s selection in the World Cup squad as it was felt he is a bit defensive for the format.

“For a lot of people who are giving expert opinions on the game, I sometimes feel sorry for them. I have been playing this format since 2007-8, and every two years, the game leaves our realms and it teaches us something because the game is so fast-paced. I feel the understanding of the game is still backward in so many ways. For me when you say a bowler has to pick wickets, for fast bowlers there are different plans and for spinners, there are different plans,” said Ashwin while replying to an ANI query during a virtual post-match press conference.