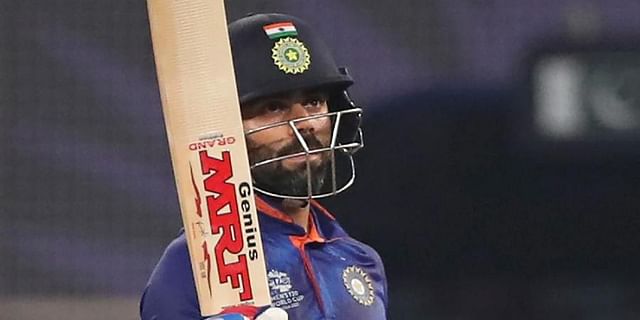 After suffering a ten-wicket loss against Pakistan in their opening match of the ICC Men’s T20 World Cup, India skipper Virat Kohli on Sunday said that the Babar Azam-led side completely outplayed them in the game.

Mohammad Rizwan and skipper Babar Azam put on a remarkable show on Sunday as Pakistan thrashed India by 10 wickets at the Dubai International Cricket Stadium. “We didn’t execute properly. Credit where it’s due and Pakistan outplayed us today. They started brilliantly with the ball, and 3 wickets for 20 runs was not a good start. We needed wickets early but with the bat, they gave us absolutely no chances.,” Kohli told host broadcaster Star Sports after the game ended.

“It played slow in the first half and hitting through the line was not that easy as it was in the second half, after 10 overs. We needed those 15-20 extra runs and for that, we needed a good start but Pakistan’s bowling didn’t allow us to get those extra runs,” he added.

Rizwan (79*) and Babar (68*) didn’t give any chance to India bowlers to come on top as the two batsmen dominated the proceedings. Pakistan chased down the target of 152 without losing a wicket as India looked clueless in their opening match

This is the first time that India has lost a T20I by ten wickets. Coincidentally, this is also the first time that Pakistan has won a T20I by ten wickets. “We could make the argument of getting in another slower bowler, but it’s important to stay composed and understand our strengths, because with the dew the slower bowlers couldn’t be effective either. This is just the first game of the tournament, not the last,” said Kohli.

Earlier, put in to bat first, India posted 151/7 in their 20 overs on the back of skipper Kohli’s fifty. The India captain once again showed what it takes to be a big match player as he hit a quality 57 to take his side over the 150-run mark.