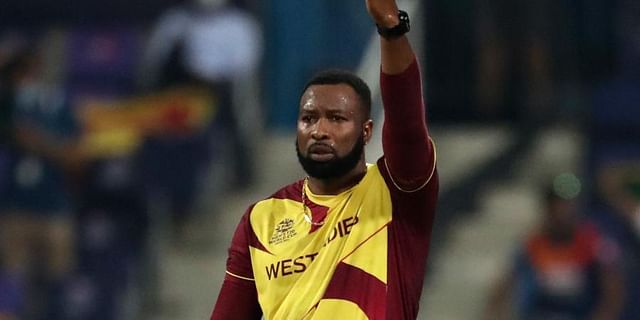 West Indies captain Kieron Pollard admitted that all the senior players including he himself let the team down as the defending champions crashed out of the ICC T20 World Cup after losing to Sri Lanka.

Sri Lanka defeated them by 20 runs and the Cup certainly marked the end of an era with likes of Chris Gayle, Dwayne Bravo not going to play again in West Indies jersey.

“A couple of young guys are putting up their hands (up) but the experienced guys, myself included, have not done well. We are not going to hide from the fact that it’s been disappointing for us.

“I’m sure all the guys are hurting in that dressing room. It’s something we didn’t see coming but we have to face reality,” Pollard said after the match.

He had no hesitation in admitting that they were poor in all departments.

“I think we were below par. In a crucial match like this, you don’t want to see those things (for fielding). Our bowlers did okay, they got 189 but it was a very good batting track.

“I think cricket smarts is something that has plagued us. We have spoken time and time again especially from a batting perspective what we need to do as individuals and we have not done well,” Pollard summed it up.