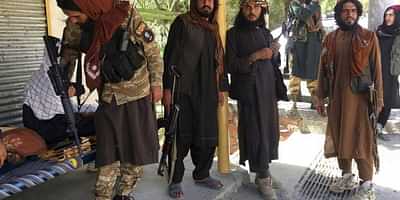 Impoverished Afghans living in a long-abandoned military compound in the southern city of Kandahar say they’re devastated by the Taliban order to expel them from their homes.

Several hundred staged a rally against the order on Monday, saying they have nowhere else to go and that they had years ago paid former Afghan soldiers under the table for the land.

The Taliban came to the compound after the rally and forced several of the protesters to leave.

Their current whereabouts are not known.