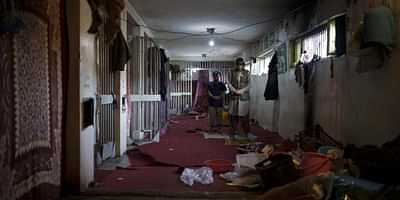 Once, Kabul’s main prison was crowded with thousands of Taliban captured and arrested by the government.

On Monday, a Taliban commander strolled through its empty halls and cell blocks, showing his friends where he had once been imprisoned.

It was a sign of the sudden and startling new order in Afghanistan after the militant group swept into the capital nearly a month ago and threw out the crumbling, US-backed government it had fought for 20 years.