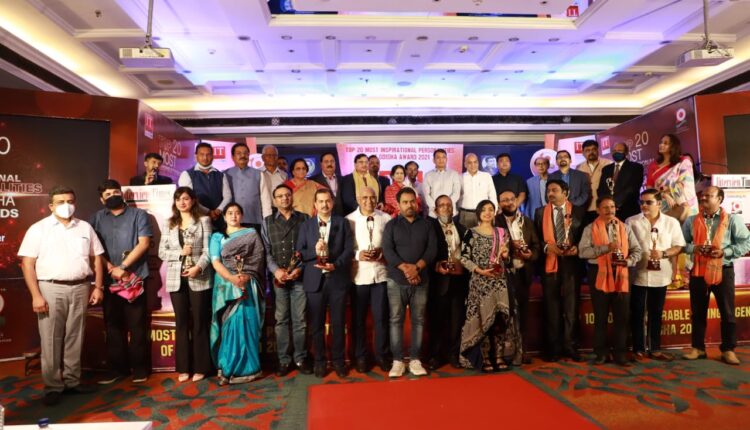 Beside this Mr. Ommkarnath Mohanty (Eminent Technocrat) is the Keynote Speaker of the Programme. The event is presided by Group Editor Dibyajit Sahu and presented an overview of the magazine’s journey for past 10 years and how it has evolved as the leader in journalism in Odisha.

A special video massage by his Excellency Hon’ble Professor Ganeshi Lal congratulating to the efforts of Interview Times’s 10 year journey & awardees. The guests released the special edition of The Interview Times Magazine. Later, 10 living legends & Top 20 inspirational personalities were feted with prestigious award for their contribution to different fields.

On the occasion, Chairman, Dr. Subhasish Das, Organizations member Arun Kumar Mahana, Pramod Kumar Lenka and Chief Public Relation Officer Rajiv Nayan were also present. In the end, the vote of thanks was given by Sub-Editor Subhojit Panda.