Threats to Hinduism are imaginary, says centre in response to RTI query 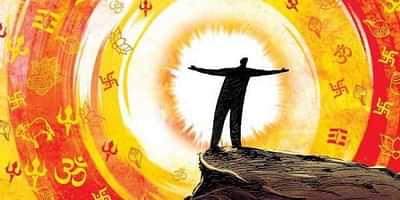 “Threats to Hinduism” in the country are “imaginary”, the Centre has said in response to a recent Right to Information (RTI) query. Dismissing claims of Hinduism being in danger, the Union ministry of home affairs (MHA) stated that it has no record or evidence concerning any so-called threats to Hindu religion.

Calling the alleged danger to Hinduism “hypothetical”, the MHA said the Centre is neither aware of nor possesses any evidence to substantiate it. The ministry was replying to an RTI application filed on August 31 by a Nagpur-based activist Mohnish Jabalpure who had sought proof of “threats to the ‘Hindu religion’ in the country” that the MHA had in its possession.

In his response, the MHA’s CPIO (Internal Security) V S Rana said as per the RTI Act rules, the Public Information Officer can only provide information that is available with them, or which falls within their jurisdiction. Rana said it was not possible to satisfy the “hypothetical” query of Jabalpure, adding it was treated as null and void.

“This is the first time a key functionary of the MHA has said any query pertaining to ‘threats to Hindu religion’ is imaginary and admitted on record that they have been no records to support any such speculation…,” Jabalpure reportedly said, after receiving the government’s response.