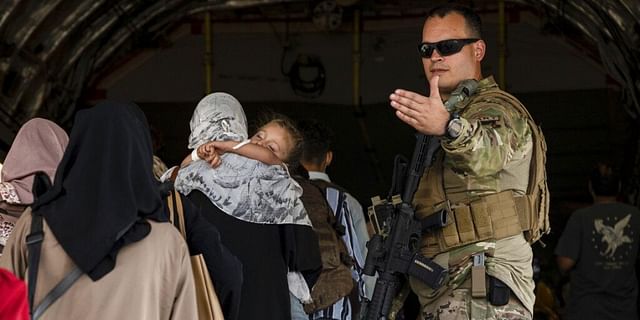 Top American generals on Tuesday told lawmakers that they had recommended having 2,500 troops in Afghanistan to which President Joe Biden disagreed.

The White House, however, defended the presidential decision, acknowledging that it was a split recommendation from Biden’s advisors and generals.

US Defense Secretary Lloyd Austin, Chairman of US Joint Chief of Staff General Mark Milley and Gen Frank McKenzie, Commander of US Central Command told members of the Senate Armed Services Committee that the Pentagon had recommended Biden about the need to keep 2,500 American troops in Afghanistan post withdrawal.

Milley told the lawmakers that he also agreed with the recommendations that the US maintain 2,500 troops in Afghanistan.

In terms of what they specifically recommended, as they just said, they are not going to provide what they recommended in confidence,” Austin told the lawmakers as the furious senators grilled the top Pentagon leadership on the nature of withdrawal of US troops from Afghanistan.

“I always keep my advice to the president confidential, but I am very much satisfied that we had a thorough policy review and I believe that all of the parties had an opportunity to provide input and that input was received,” he said.

The White House defended the presidential decision in this regard.

“There was a range of viewpoints, as was evidenced by their testimony today, that were presented to the president and his national security team as would be expected.

The president asked for a clear-eyed – did not ask them not to sugarcoat it, what their recommendations were,” White House Press Secretary Jen Psaki told reporters at her daily news conference.

“It was also clear that would not be a long-standing recommendation, that there would need to be an escalation, an increase in troop numbers. It would also mean war with the Taliban. And it would also mean the potential loss of casualties. The president was just not willing to make that decision,” she said.

Responding to another question, Psaki said there were recommendations made by a range of Biden’s advisers, something he welcomed, something he asked them to come to him clear-eyed about, to give him candid advice.

“Ultimately, it is up to the commander in chief to make a decision. He made a decision that it was time to end a 20-year war,” Psaki said.

The official further explained that it is a risk assessment for every president about what is in the interest of the United States of America, its military and national interests.

“That was a reality everybody was clear-eyed about. There are some, as is evidenced by people testifying today, who felt we should have still done that. That is not the decision the president made,” Psaki added.

India believes goal of nuclear disarmament can be achieved through step-by-step process: Shringla