Trump targets Biden over withdrawal of troops from Afghanistan! 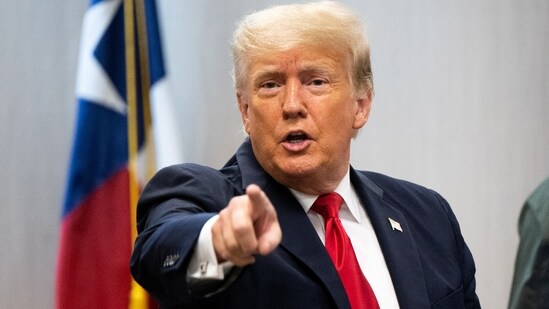 The United States has returned from Afghanistan after a 20-year mission. Now, former US President Donald Trump has strongly criticized Biden’s administration. In the history of the United States, the withdrawal of troops during the war has never been more chaotic than that of the Biden-led government. Trump’s response came after the last flight arrived from Kabul with U.S. troops.

“Historically, there has never been an unprecedented military coup,” Trump said. ”The U.S. war ended when the Taliban returned to power in Afghanistan. “All military equipment must be returned to the United States,” he said. Those devices will cost $ 85 billion. If it cannot be returned, there is a need to go there with military force and obtain equipment. At least the bombs need to be brought from there. No one ever thought they would do such a thing.’

Donald Trump called it a weak mentality. In addition, former U.S. Ambassador to the United States Nikki Haley called it a shameful return. She has targeted Biden for leaving his allies in Afghanistan in the hope of a terrorist organization.

The withdrawal of troops from Afghanistan has only pleased Russia and China. Nikki blames Biden for blaming Afghanistan’s allies. She also said Biden’s U.S. foreign policy could be severely affected.

“No country should dare to attack us”- Taliban