US accepts its mistake on Kabul drone strike which killed civilians 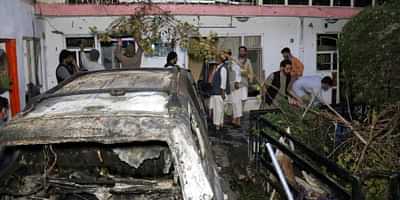 A top US military commander has conceded as a “mistake” the drone strike by the American forces in Kabul last month, targeting ISIS-K terrorists days after a suicide bombing at the city airport, that killed 10 civilians, including up to seven children.

Briefing reporters on the results of the investigation of the August 29 strike, General Frank McKenzie, the commander of the US Central Command, also said it was “unlikely that the vehicle and those who died in the drone strike were associated with ISIS-K or were a direct threat to US forces”.

However, the strike must be considered in the context of the on-ground situation at the Hamid Karzai International Airport following the ISIS-K attack that killed 13 soldiers, sailors, and Marines and more than 100 civilians.

Also, a substantial body of intelligence had indicated the imminence of another attack, he said.

China says it has vaccinated 1 billion people against COVID-19

‘India, US emerging strong partners within Quad’: Experts ahead of historic in-person meeting in White House