“Women can’t be ministers, they should rather give birth”-Taliban 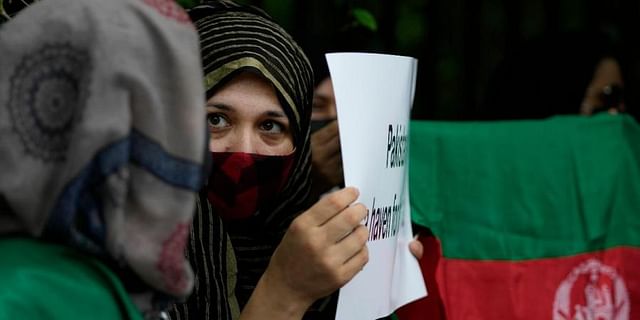 Days after the Taliban announced its all-male cabinet of the new Afghanistan government, the radical-Islamist group on Friday said that women can’t be made ministers and they should rather give birth.

When asked on women not being included in the new government, Taliban spokesperson Sayed Zekrullah Hashimi said, “A woman can’t be a minister. It is like you put something on her neck that she can’t carry.” “It is not necessary for women to be in the cabinet – they should give birth. Women protesters can’t represent all women in Afghanistan,” Hashimi added.

However, Hashimi also said that the organisation ‘doesn’t consider women as half’. “What kind of half? The half itself is misdefined here. The half means here that you keep them in the cabinet and nothing more. And if you violate her rights, not an issue,” he said.

At least 14 members of the Taliban’s interim government are on the UN Security Council’s terrorism blacklist, including acting Prime Minister Mullah Hasan and his both deputies. Specially designated global terrorist Sirajuddin Haqqani, who carries a reward of USD 10 million US bounty on his head, is the acting interior minister.

The 33-member interim Cabinet includes four of the five leaders known as the “Taliban Five” who were once held at the Guantanamo Bay prison. The Afghan Cabinet members are expected to take oath on September 11, the day marking the 20th anniversary of the 9/11 attacks.

However, the Taliban leaders said it is not final.

Government to clear export incentive arrears worth Rs 56,000 crore in this financial year