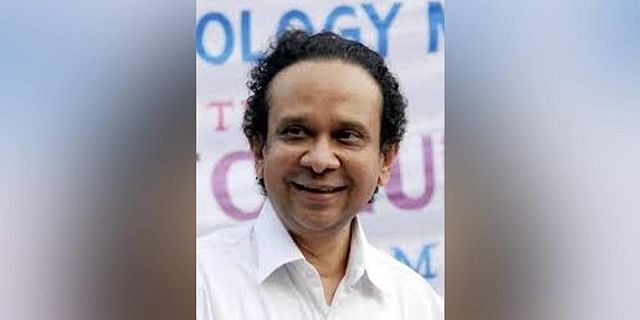 World-renowned physicist Professor Thanu Padmanabhan passed away on Friday. He was 64.

He suffered a heart attack and collapsed at his residence in Pune. Though he was rushed to the hospital, he could not be saved.

Born on March 10, 1957, in Thiruvananthapuram, the Padma Shri recipient has authored many books and was actively involved in popularising science through his articles.

A distinguished professor at Pune’s Inter-University Centre for Astronomy and Astrophysics and a cosmologist, Professor Padmanabhan was selected for Kerala Puraskaram 2021 last month. The award is institutionalised by the Kerala government to honour scientists from the state.

When he was just 20, he published his first research paper on General Relativity as a B.Sc student. He completed his B.Sc (1977) and M.Sc (1979) from University College, Kerala, and graduated both with gold medals.

His field of interest was quantum theory, gravitation, cosmology and structure formation in the universe and so on.

“His research linking general relativity and thermodynamics in new ways, and in other areas, has been widely recognized. Scholar, communicator, extraordinary scientist, friend to many. He will be much missed,” said K Vijay Raghvan, Principal Scientific Adviser to the Government of India.

Nokia C01 Plus, the most affordable entry-level smartphone in Nokia C-series, goes on sale in India at INR 5399 with JioExclusive Offer