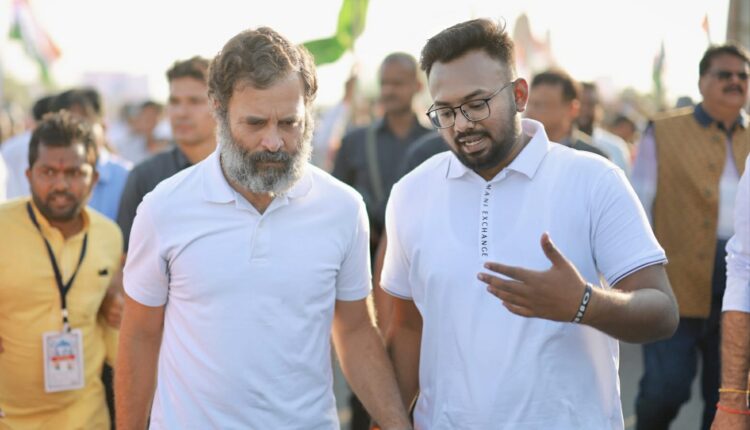 Indian leg cricket team captain Chandan Ray joined the Bharat Jodo Yatra and walked alongside Rahul Gandhi in Ujjain in Madhya Pradesh. Chandan Ray hails from the small town of Attabira in the Bargarh district of Odisha. He is the first among current active sportspersons in India to join the Bharat Jodo Yatra. Chandan Ray has made his international debut in July 2013 against Nepal. Ray captained the Indian team which lifted the 1st Indo-Nepal T-10 Leg Cricket Series in 2013 and the South Asian Championship, held in Nepal in 2016. He tweeted a video where he is seen walking with Rahul Gandhi. He has expressed his happiness and exuberance after joining the padayatra. Speaking to NewsAlert he has affirmed his commitment to a united, inclusive, and harmonious India. Like millions of Indians, he is also concerned by the hate and divisive politics being practiced by the ruling dispensation. Chandan was asked how this Yatra aims to unite the country. He replied that “the media is controlled and we keep getting news about the remaining few media channels being bought. People are scared of voicing their opinions, so it’s all about word of mouth.”

For those who aren’t aware, Leg cricket is a form of cricket played between two teams of eleven players on a circular ground with a radius between 80 and 120 feet. Leg cricket involves using legs rather than bats to propel the ball. A tough game, indeed!

Wishes and Congratulatory messages are being poured in from the people of Odisha for Chandan for being a part of the Bharat Jodo Yatra and walking alongside Rahul Gandhi for a united, prosperous, and harmonious India. Currently, Bharat Jodo Yatra is in Madhya Pradesh after crossing 6 states.  Time will tell whether this mass movement by congress will garner any electoral success or not but the positive response of the people has given them a shot in the arm for the moment.