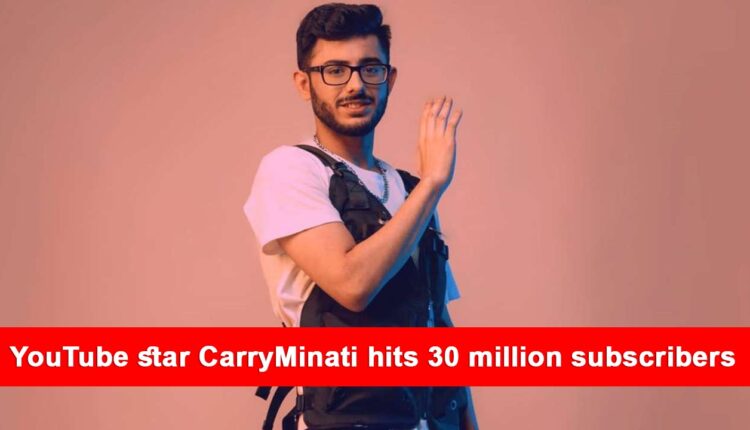 The Digital Creator and YouTube sensation, Ajey Nagar who is well known as CarryMinati gathered 30 million subscribers and fans after hard work and struggle. The figure of the creator indicates maximum viewers love his content despite criticism.

On the work front, Carry was listed in Time Magazine’s ‘Top 10 Next Generation Leaders of 2019’. The 21-years old digital creator will also be seen with Amitabh Bachchan and Ajay Devgn starrer movie ‘Mayday’. Earlier he made his music debut in the film by writing and singing the song Yalgaar in the film ‘Big Bull’.

Renovated Swargadwara opens to the public